From OP Nayyar to Shankar Jaikishan Biswajeet had Rafisahab and great music. 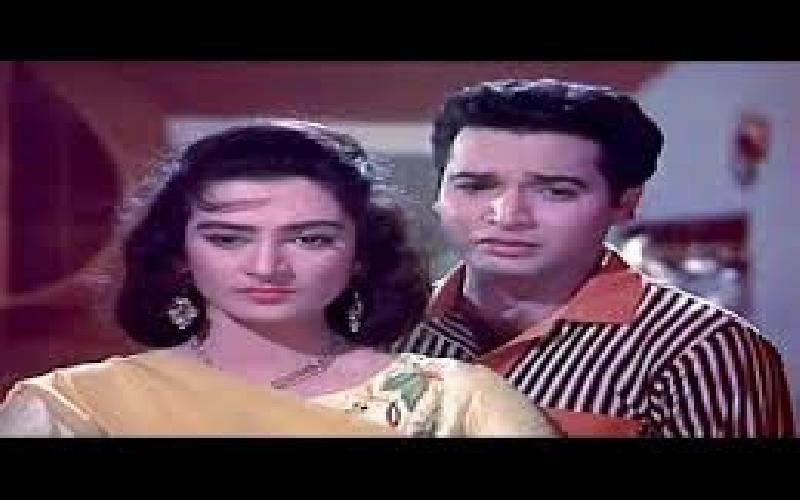 Image Source - This image has been taken from http://tubegana.com/download/LczAJ36OjJE/sagaai-1966-full-movie-biswajeet-amp-rajshree-bollyw.html

One of the main reasons for success of Biswajeet films in the 1960s was the brilliant music of the films. Rafisahab and his combination with eminent composers like Shankar Jaikishan, OP Nayyar, LP, Ravi, Chitragupt, Hemant Kumar cannot be forgotten.

Music directors who contributed in Biswajeet and Rafisahab combination.

Biswajeet Chatterjee entered Bollywood arena in 1961. His first hindi film Bees Saal Baad in 1961 became a blockbuster and was the greatest grosser of the year. Wahida Rehman was the heroine. Hemant Kumar composed the music of the film and his own song “bekarar karke hume yun na jaiye” became big hit.

From 1973, Amitabh Bacchan’s action films dominated Bollywood and with the release of Zanjeer, Sholay, romantic actors like Biswajeet faded out of the industry. Even then, his combination with brilliant music directors, evergreen Rafisahab and outstanding actresses cannot be forgotten.

TAGS : Biswajeet Hemant Kumar Rafisahab Shankar Jaikishan OP Nayyar Ravi Saira Banu April Fool
Let us know how you like this article. Like it and Rate it below.
6.28K 16
1
Thanks for rating this article
5 stars - by 1 user(s)

I truly agree with you that God is one. We should find ourselves as children of the same God and avoid hatred with others.

Thanks Rajahujaji I am also wondering why articles are not being published? All the writers will be benefitted once Experts Column resumes publishing the articles.

(Thanks Arunimaji, greetings. Thanks for the comments. For a long time experts column is not publishing new articles. Are they publishing them? Do you have any idea?) Actually it's true and a matter of fact

Thanks Arunimaji, greetings. Thanks for the comments. For a long time experts column is not publishing new articles. Are they publishing them? Do you have any idea?

You have mentioned the names of all legendary musicians of the era. O P Nayyar, Shankar Jaikishan and Hemant Kumar will always stay alive in hearts of all music lovers in all generations. Rafi Saheb was a voice to many cinestars during that era. It is a beautifully written article and makes one feel nostalgic about that golden era of soft melodies. I have not heard many of these songs in a long time. I will go back and listen to them.

Ok Lucib. I will look into it.

Please take a look at : https://holisticlifecoach.eu thank you!

that's really nic can't think how can someone write too well

That's an awesome combination that you mentioned in the title. The legendary Md. Rafi is a name sufficient to bring those all memories of the past. It was quite nostalgic. Brought to mind many more songs...