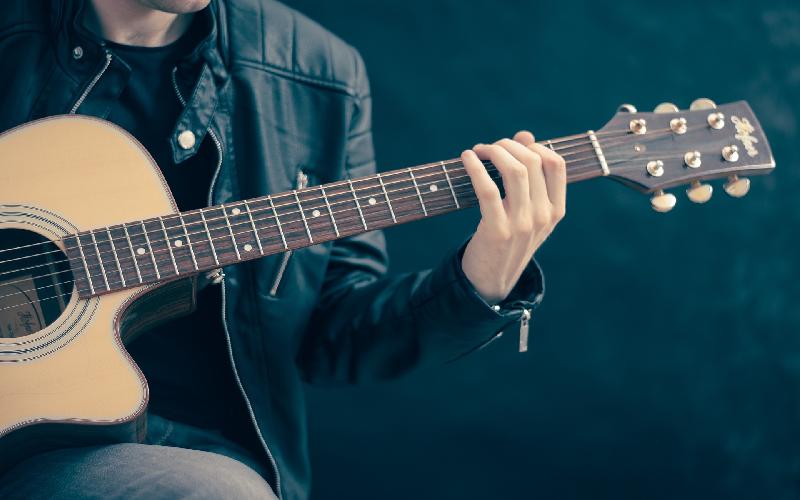 Fingerstyle is a technique where the guitar is played directly with fingertips, fingernails or with fingerpicks attacked to fingers. Unlike in conventional flatpicking where a guitarist uses the plectrum/pick to play notes, in acoustic fingerstyle playing it’s the fingers that do the picking and plucking. While fingerstyle guitar techniques are used in different music genres, some of the most varied fingerstyle finger techniques are found in the realms of folk, classical, jazz, country, percussive playing and blues. Most guitar players that are noted for virtuosic fingerstyle techniques started playing the guitar at an early age.

Percussive guitarists use a techniques that involve tapping, harmonics, artificial harmonics, hammer-ons and pull-offs. Fingerstyle guitar has a unique sound because of the root melody notes being fused with chords and bass lines simultaneously. Majority of guitarists use fingerpicking techniques more prominently on acoustic guitars, and less commonly on electric guitars.

A diverse variety of extended techniques are employed by fingerstyle guitar players to create a wall of melodic musical soundscapes. Aside from chord changes, guitarists may also include pull-offs and hammer-ons in certain parts or sections in accordance with the musical arrangement. While there are standard techniques associated with fingerpicking and fingerstyle, there are no rules when it comes to employment of style of technique.

Fingerstyle guitar players are known to intersperse varied elements of chords, melody, bass line and percussive playing singularly, bringing a fresh wholesome sound.  The hallmark of a great guitar player or a virtuoso guitarist is adopting a free-form approach to the guitar that gives unique identity while becoming a signature style.

Showcased below is a diverse list of the best in the fingerstyle business.

Women in rock have enthralled audiences with their profound voices. Here’s a showcase of the best rock singers of the 80s and 90s..

Picnics are a whole lot of fun. And when there’s Bollywood music playing the vibe and excitement gets to another level.