Golmaal Again: A Horror Comedy with a Heart

GolMaal Again: A Must Watch For The Season 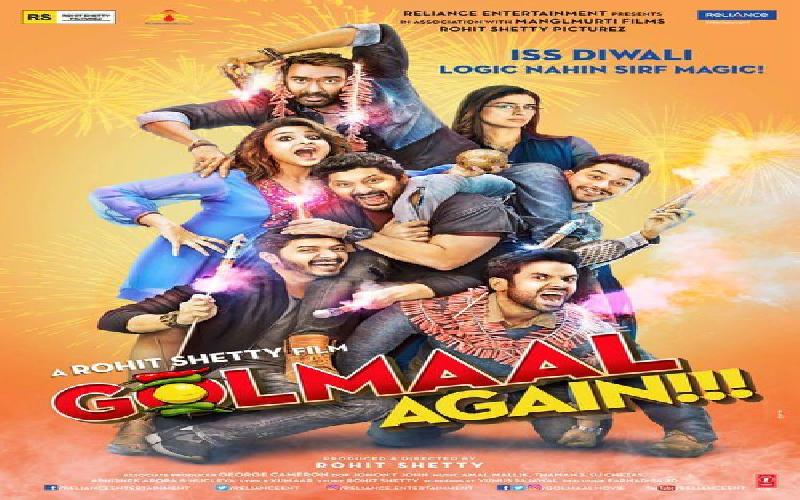 It very often happens that a viewer adores a movie for some of its punch lines, but by catching Golmaal, the viewer is plainly mesmerized by the dialogue delivery of the entire cast. Each of the stars, including Johnny Lever and Shreyas Talpade present some of their finest comedy performances.

It very often happens that one goes to a cinema hall to catch a movie and returns with an indisputable sense of disappointment. People sometimes develop an opinion that it is not worth an investment in terms of time and money to go catch a movie.

The Golmaal franchise pleasantly surprises in this regard!

Golmaal Again (2017) features fine performances by Ajay Devgn, Parineeti Chopra and team, and the theme grows upon the viewer.

It very often happens that a viewer adores a movie for some of its punch lines, but by catching Golmaal, the viewer is plainly mesmerized by the dialogue delivery of the entire cast. Each of the stars, including Johnny Lever and Shreyas Talpade present some of their finest comedy performances.

The settings have been so crafted that a viewer feels that he is a part and parcel of all that goes on in the movie!

When one goes for an action comedy flick, one might assume that there is going to be the classy Bollywood formula of action followed by a romantic number or two. But Golmaal successfully manages to go beyond the practice. The entire storyline is in sync with an average viewer’s sensibilities.

All through the movie, the team manages to amuse and entertain. Settings have all been very well researched, and the viewer doesn’t lose the link to the story at any point of time.

Even though no futile attempts to induce laughter have been made, the movie successfully manages to tickle the audience’s funny bone for the entire runtime of 2h 15min.

The movie does feature a storyline which is captivating and emotional. But the presentation ensures that one enjoys every bit of it.

There are some themes presented in the movie which are uncommon, and induce a sense of mystery among viewers. One of these is Ghosts.

So is Golmaal a Ghost story?

Yes it is, but the horror instances are close to negligible. Let’s put Golmaal as a light ghost story, wherein the presentations are all sincere, well thought over and positive. Something that is likely to amuse the mind of a present day viewer.

In the movie, one could find themes that amuse, delight and are not without the chill factor. There’d be a library which is haunted by ghosts. These are friendly ghosts, though, who interact with the librarian.

A bunch of five friends reunite after their childhood. Two of them are roomies who work as property clearance agents, and put forth an amusing set of action sequences.

The protagonist Ajay Devgn is scared of ghosts and his friends sometimes build up antics to scare him. That is before the team is encountered with an actual set of ghosts, who are harmless and have stayed over for a purpose.

The theme further swells into a murder mystery. The killers have their own intentions, but the trick is how to nab them.

The team of protagonists hence decides to set in a plan to induce in the antagonists a fear of ghosts followed by a confession. With some very hilarious sequences involved in the process, Tabu and Parineeti Chopra form the female lead cast.

Overall, the movie is a must watch. It amuses and delights. This is pure Rohit Shetty kind of a movie, who has earlier proved mettle with the ‘Singham’ franchise.

TAGS : Golmaal Golmaal Again Bollywood Ajay Devgn Rohit Shetty Parineeti Chopra Johnny Lever Tabu Cinema Movies Shreyas Talpade
Let us know how you like this article. Like it and Rate it below.
123 2
0
Thanks for rating this article
0 stars - by 0 user(s) 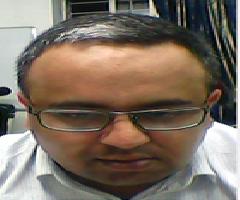 Harshad has been into freelance writing for some time now. Some of the topics he loves to write about are health, wellness, life & lifestyle, fitness & spirituality.

Horror movies have their moments that shock, elevate heartbeat and instill fear in the mind. Dwell in an epic showcase of the best horror movies.

Bored of the dramatic TV serials?? Here's are a few suggestions of comedy web series that are way more entertaining and fun to watch. You could start watching them immediately..