Amitabh Bachchan – A Legend and my Hero

My View Regarding Amitabh Bachchan 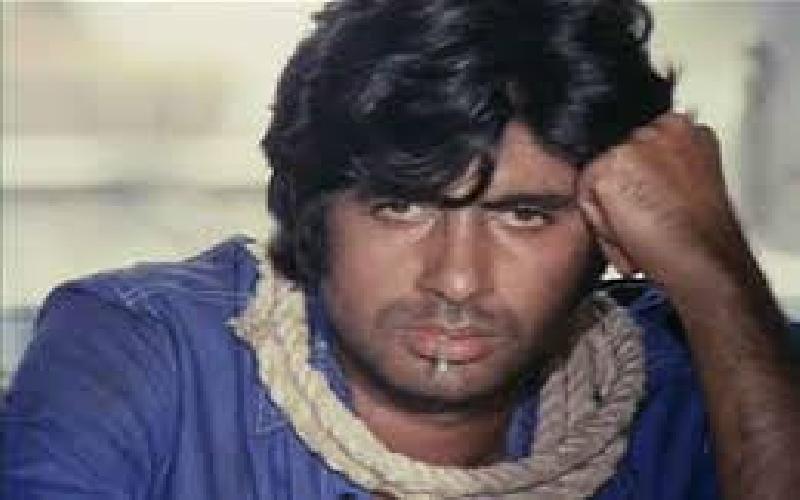 This is an ode to greatest actor of Indian Cinema - Amitabh Bachchan.

I remember vividly that I would have been 4 years old (in 1978) when I first watched Amitabh’s movie – Muqaddar ka Sikandar at Sajan cinema theatre in Varanasi. My parents were avid movie watcher and took me to cinema hall quite regularly. I still remember that moment as a 4 year old watching Amitabh sing O saathi re, tere bina bhi kya jeena. Something about his persona pleased me as a young kid which has only grown stronger with time. I am a movie connoisseur and I thrive on them. People dear to me, say that I lead my life in a slightly filmy way.

Since childhood I have watched almost all his movies – well I have not seen few intentionally like Department, Ram Gopal Verma Ki Aag etc.

for reasons best known to everyone. In fact even now when I am switching channels on TV and I hear his voice or see him in a movie, my fingers stops surfing channel and I am glued to the idiot box.

The reason for my fascination

People, who know me, know that I am an ardent Amitabh fan. Well! Who in India, is not? I have yet to see anyone with sane mind not admiring him. In my younger days, I used to debate with my friend as to who was a better actor – Dilip Kumar and Amitabh. We would argue and quarrel – he would side with Dilip and me with Amitabh. Till date we have not been able to decide who is better, but one thing we have come to agree is that Amitabh is a legend.

The first thing which pulled me towards him was his appealing personality. He may not have been the most handsome hero of his time (compared to Shashi Kapoor or Vinod Khanna or Dharmendra) but his long legs, brooding eyes and hair style, all made sense to me. Every time he would die onscreen, I would cry and just to illustrate, let me tell you that I did not cry on the demise of my grandmother with whom I was very close. Such was the pain of watching him die onscreen, that for some time, I stopped watching his movies where he supposedly died.

The second trait which I liked was his rich baritone. The depth, heaviness and uniqueness of his voice are a gift of Almighty. In fact, I read somewhere that during his struggling days, he was rejected by All India Radio because his voice was too heavy and unique. Obviously they erred and Indian Cinema got its superstar.

The third quality which I like was his command over different languages – English, Hindi, Punjabi, Urdu or Bhojpuri. He knows the correct pronunciation, and adds certain gravitas of his own to the way he speaks or delivers his dialogue. The way he has recited those lines from his movie ‘Silsila’ – Mai aur meri tanhai, aksar ye batein karte hai are just too good.

I have watched almost all great movies of Indian cinema and Hollywood and have seen some great performances – De Niro in Taxi Driver and Raging Bull, Pacino in Scarface, Brando in The Godfather, Hoffman in The Graduate, Dilip Kumar in Ganga Jamuna, Nargis in Mother India, Dev Anand in Guide and several others. The one thing which sets Bachchan apart from all these greats is his ability to use his eyes and the entire face in a particular scene. Late Om Puri once said that only Amitabh knows how to remain silent and yet emote perfectly in a scene even when he is in the background.

His humility is well known in India and abroad. The kind of respect, fame and adulation he has received in last 45 years, is second only to Mahatma Gandhi. Any other person of his stature would have become supercilious and rude, but he has always maintained dignity in public life. Naseeruddin shah, another stalwart is often critical of Amitabh and his choice of movies.  A well-known Director’s wife once asked Bachchan the reason for his silence on Naseer’s sardonic comments. He replied back saying that when Naseer speaks about acting, everyone should just listen to his views on the craft. Now I do not know of a single person in this world who has the humility to say such a thing.

Well I have to say that the first movie I liked was ‘Muqaddar ka Sikandar’. Amitabh played Sikandar and the character had several shades – a lover, a true friend and a messiah for poor. He switched between these shades with such an enormous ease that I still get goose bumps when I watch this movie on repeat telecast. His portrayal of the song O saathi re is probably the best song portrayal in this world. The entire song is mostly shot in a close-up and the way he has emoted through his eyes is just unbelievable.

The next one on the list is ‘Deewar’. Directed by Yash Chopra, this movie is a masterpiece in screenplay and dialogues. Bachchan plays elder brother Vijay to Ravi played by Shashi. The dialogues aaj khush to bahut hoge tum or mere paas bangla hai, gaadi hai bank balance hai rendered by Amitabh are just marvellous. I have not been able to forgive Shashi Kapoor till now because he shot Amitabh in the climax of the movie. His portrayal of the death scene still makes me cry.

The third one is everyone’s favourite ‘Sholay’. This movie is the best of all time Indian movies. Amitabh played Jai, a sombre guy, effectively and is a perfect foil to funny Veeru, played marvellously by Dharmendra. His conversation with Dadi for arranging Veeru’s marriage with Basanti is just too good and so is the death scene in the climax.

This list can go on and on - Sarkar, Nishabd, Agneepath, Khoon Pasina, Abhimaan, Mili, Trishul, Kabhi Kabhi, Don, Jurmaana, Bemisaal, Kala Patthar, Shakti, Sharaabi, Main Azaad Hoon, Aks, Piku and several others. I pray that he continues to entertain us and teach us valuable life lessons which can be emulated by youngsters for personal and professional growth in all walks of life.

TAGS : Amitabh Bachchan Om Puri Naseeruddin Shah Bollywood
Let us know how you like this article. Like it and Rate it below.
190 2
0
Thanks for rating this article
0 stars - by 0 user(s)

Movies that are inspiring and motivating hit the right chords with audiences. The message about life and the struggles that come with it have been showcased poetically in Hindi films.

Bored of the dramatic TV serials?? Here's are a few suggestions of comedy web series that are way more entertaining and fun to watch. You could start watching them immediately..