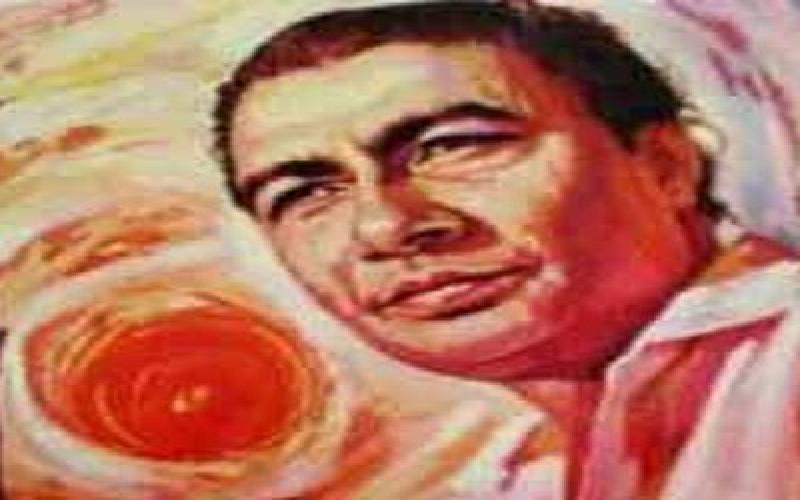 There have been gamut of lyricists in Indian Cinema but Sahir emerged as the best by writing soulful and meaningful songs and shayaris which touched the heart and soul of listeners all over the world. This is my ode to the great man - a legend.

Much has been written about Sahir, his poetry and contribution to Indian Cinema. Some call him ‘Bard for the Underdog’ and for others he is ‘Faizian’. To me, he is the best Hindi song writer of all time.

Films have played a major role in shaping me and making me the person I am. Songs have always been an essential element of Indian films, so appreciation for songs was always there. As a child and teenager, I was more interested in music, singer’s voice, singing style and the composition/arrangement. Being an amateur singer myself, I thought that words were just fillers.

Sahir broke my perception. His ghazals, shayaris and nazms made me realise that without words, song is nothing but a sham and has no meaning. The entire purpose of a song is to express the emotion of poet in the form of words.

I remember the first song which I heard of Sahir was ‘kabhi kabhi mere dil mein, khayaal aata hai’ from the movie ‘Kabhi Kabhi’. It just sucked me in with its romanticism. I sang it to my wife on my honeymoon. The other famous song of this movie ‘mai pal do pal ka shaayar hoon’ tells the tale of a poet’s life and how short lived, fame and adulation is. One poet replaces another over the course of time and no one cares.

Another favourite is ‘yeh duniya agar mil bhi jaaye to kya ho’. Sung by Mohammad Rafi, in the movie ‘Pyaasa’, it depicts the sorry state of affair in Indian society post-independence. The song describes the plight and misery of poor and downtrodden and insists that money has replaced all the good things in life like love, care, affection etc. The meaning of the song hasn’t changed a bit till date and hence makes it a classic.

One song of his, which I have always liked since childhood is ‘jo waada kiya, wo nibhana padega’. Filmed on Pradeep Kumar and Beena in the movie ‘Taj Mahal’, it seems like an eternal love song to me. Talking about romantic songs, how can one forget ‘zindagi bhar nahi bhoolegi barsaat ki raat’. Someone who has not watched this movie ‘Bhanwra’ will also be able to guess that this song was written for none other than beautiful Madhubala.

His romance with Amrita Pritam has acquired a cult status over a period of time. Amrita herself was a legendary poet and writer in both Hindi and Punjabi language. Their love affair was mostly long distance. The only medium of communications being the love letters and the poems they wrote to each other. When they met, they hardly spoke to each other. Instead they would sit quietly and spoke through their eyes. While Amrita openly admitted her love for Sahir; he, on the other hand, could never commit to her. Some say that it was because; Sahir loved his mother deeply and hence could not bring himself into committing to Amrita or any other woman.

Sahir's association with S.D. Burman gave Hindi Cinema, the best of songs and unforgettable memories. There have been numerous song writers like Majrooh Sultanpuri, Gulzaar, Anand Bakshi, Sahilendra, Kaifi Azmi and other stalwarts but Sahir’s poetry has stood the test of time and is relevant even in today’s times.

TAGS : Sahir Ludhianvi Amrita Pritam writer poet
Let us know how you like this article. Like it and Rate it below.
158 1
1
Thanks for rating this article
5 stars - by 1 user(s)