5 Top Comedy Web Series that are worth watching 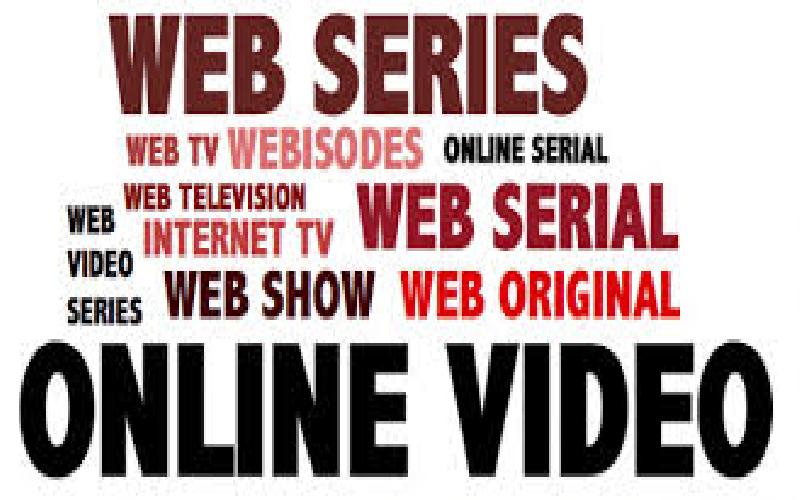 Bored of the dramatic TV serials?? Here's are a few suggestions of comedy web series that are way more entertaining and fun to watch. You could start watching them immediately.

There are a lot of web series being released day in and day out. With Netflix, Amazon Prime, Hotstar, TVF, etc. being easily accessible, even on - the - go through our mobile phones, web series have gained a lot of popularity and have become a good source of entertainment for all ages.

In case you are wondering which one too watch, here are a few names shortlisted for you to binge watch today-

Young sheldon is a story about a nine year old boy Sheldon Cooper who is far more intelligent than the children of his age. He finds it difficult to adjust with his not so intelligent family but is grateful to his mother for her unconditional love and support throughout. His intelligence and urge to keep learning has him promoted to high school at an early age.

The story is well written and hilaroius as it unfolds on how Sheldon adjusts in his world and how the other adjust with him.

All the actors have acted amazingly and it is indeed a treat to watch them all. This show is my personal favorite and I strongly recommend one and all to watch it.

Just Add Magic is a story about three best friends Kelly, Hannah and Darbie. who discover an old cook book which has magical recipes in it. With each recipe they cook something bad always accompanies the magical effect. They begin to enjoy cooking magical recipes and want to help Kelly's grandmother recover from illness and also help the world as a whole for good.

The girls indulged in cooking magical recipes is shown beautifully. There is comedy, drama, mystery, suspicion that  keeps you glued to the series. It takes you to an extra ordinary world. Although it is actually for kids but adults would enjoy watching it no less. There are three seasons of this show and each one is equally good and entertaining.

Sarabhai vs Sarabhai is a show most of us remeber seeing it on tv almost a decade back. It came back with season 2 showing a leap of 7 years. The Sarabhai's successfully enthral the viewers as in the first season. It is now streaming online only on Hotstar.

It is a show full of laughter. The storyline mainly revolves around Maya Sarabhai who is always very sarcastic to her middle class bahu Monisha Sarabhai and how the son Sahil Sarabhai gets grinded between his mother and wife.

This season has an addition to the cast  of Sarabhai's - "Jasmine" - intorduced as Rosesh's love interest. Jasmine is not liked by Maya and that creates a tiff between the mother son duo. Although there's tension between the two, it is a treat to watch them as their timing of comedy is perfect.

This show is a must watch for one and all. Season 1 of Sarabhai vs Sarabhai is also available on Hotstar.

Permanent roommates is a web series streaming two seasons on TVF. It is a story focussing on the love relationship between Tanya and Mikesh. After a long distance relationship of three years, they decide to move ahead in life and get married. However, Tanya is quite reluctant and so they agree on the idea of living-in together for a while before getting married. The performance of the entire star cast is excellent and also of the support actors, especially Purshottam, is commendable.

It is a fun filled show with an impeccable comic timing and a lot of emotions. The show connects largely to the youth and their thoughts on love, live-in, marriage.

Available on You Tube

It is yet another show targeting the youth audience and connecting instantly to them.

Bang Baaja Baaraat is a hilarious series revolving around the relation of a couple madly in love with each other and what happens when they decide to get married. Their familes are poles apart and the difficulties they face just a few days before the wedding are depicted humourously. The show has quite bold content too right from bachlorette parties to intimacy between the lead couple. (Probably the reason for it being a web series as there is no censor here.)

All the actors have done full justice to their roles and are a delight to watch. It is again a strong recommendation.

Do watch these hilarious web series to have a good laugh on a low or lazy day or after a hectic day at work. It sure will freshen you up!

However, with the increasing number of such series, the list to watch web-series goes on and on. To name a few more-

TAGS : comedy web series top comedy series web series netflix amazon prime hotstar
Let us know how you like this article. Like it and Rate it below.
132 0
0
Thanks for rating this article
0 stars - by 0 user(s)

A CA by profession.. B.Com, CA, CS, DISA by education and a writer by hobby. An enthusiast, loves traveling and enjoys music and dance. About my articles, being a CA they might include taxation aspects. I am also very inclined towards skin and hair care and would love to share some tips on the same. As i am fond of traveling, would also share certain experiences thereon. Happy reading!!

Thriller is a broad genre that embodies varied elements of surprise, suspense and mystery. Audiences are often left playing the guessing game as events unfold in a thriller.