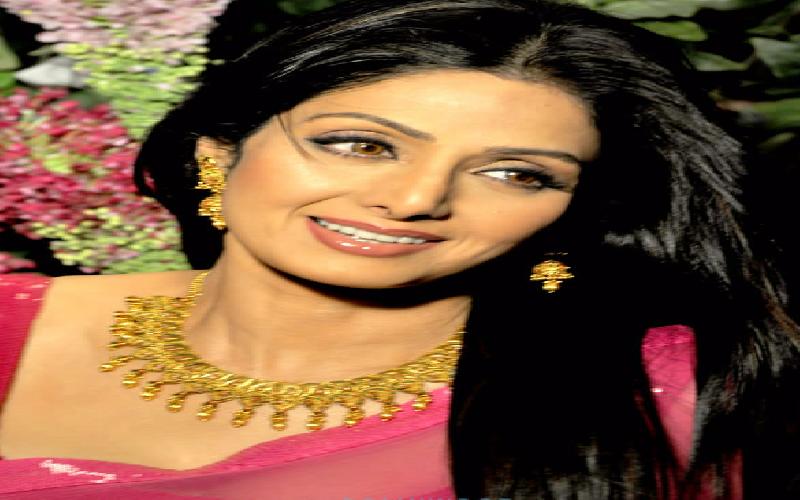 Sridevi was a renowned Indian film actress who worked in Tamil, Telugu, Malayalam and Hindi movies. This article showcases a list of best Sridevi Bollywood movies.

Starting her acting career as a child artist at age 4 in the Tamil, Telugu and Malayalam film industry, Sridevi went on to become Bollywood’s first female superstars. Sridevi’s debut in Bollywood was as a child artist in the movie Rani Mera Naam (1972). Through the 70s and 80s Sridevi established herself as the leading actress in the Tamil and Telgu film industry. Her grace, charm and skill to convey varied emotions with her eyes made her a director’s actress.

Sridevi’s first Hindi film where she played the lead was Solva Sawan (1979). Although the film was well received, it was the 1983 film Himmatwala where she was cast opposite Jeetendra that got the attention of Bollywood film audiences. The song Nainon Mein Sapna in the film Himmatwala showcased Sridevi’s graceful dancing skills.

The movie became a blockbuster hit and got the ball rolling for Sridevi in Bollywood. With the success of Himmatwala, the Jeetendra-Sridevi pair went on to do 16 films together. Some of Sridevi’s popular films with Jeetendra in the 80s were

Sridevi’s Bollywood supremacy in the 80s and 90s

Sridevi earned critical acclaim for her role as a child-woman suffering from amnesia in the movie Sadma (1983), a remake of her Tamil film Moondram Pirai. Her performance in the movie is considered one of the finest Bollywood performances by an actress. Through the 80s Sridevi worked simultaneously in Bollywood and in the Tamil and Telugu film industry. Sridevi was paired successfully with Bollywood actors Rajesh Khanna, Anil Kapoor, Dharmendra and Sunny Deol in the 80s and 90s. The snake fantasy movie Nagina (1986) became a box-office hit and Sridevi’s snake dance sequence to the song Main Teri Dushman become the most epic snake dance song in Bollywood history.

Sridevi’s 1987 film Mr. India became one of the biggest hits of her career. The iconic film showcased Sridevi in a comic avatar and sexy avatar. Her Charlie Chaplin imitation was praised by critics and so was her entire performance. The dance number Hawa Hawai went on to become the most memorable dance songs in her illustrious career. Also, her song Kaate Nahin Kat Te from the film went on to become the sexiest rain song showcased in a Bollywood movie. Sridevi was one among the few actresses in Bolywood that made a sari look sexy. Her ability to look sensual and sexy covered from head to toe made Sridevi the quintessential dream girl. Sridevi won the Filmfare Special Jury Award for her roles in Nagina and Mr. India. Sridevi continued her domination as the leading Bollywood actress with movies such as Chandni and Chaalbaaz. Sridevi won her first Filmfare award for Best Film Actress for her role in the movie Chaalbaaz.

Sridevi’s ability to transform from the simple girl-next-door to a ravishing sensual diva made her a hit sensation with fans. Although her 1991 film Lamhe did not do well commercially, it went onto earn critical acclaim and become a cult hit in Bollywood. Sridevi also won her second Filmfare award for Best Film Actress for her performance in Lamhe.  A number of Sridevi’s Bollywood songs of the 80s have become epic moments in film history. Clearly, Sridevi dominated the 80s and emerged the most popular female actress. She also emerged among the highest paid actors in the 80s and 90s. Her ability to emote and express with her eyes as she danced made her iconic in every sense.

Sridevi: The Epitome of Beauty

Her graceful dance moves and her ultra chic style associated with Indian and Western outfits have become defining moments in Bollywood. Sridevi made the chiffon sari a quintessential sensual garment for women globally. The fact remains that no woman in Bollywood has looked ravishing, sensual, graceful and downright beautiful in a sari like Sridevi. She was an epitome of beauty that captivated the world with her sheer presence and enigmatic eyes. Sridevi continued her dominance with a string of hits in the 90s. Judaai, released in 1997 was Sridevi’s last major movie before she took a break from the movie industry.

Sridevi made a comeback into films with the 2012 comedy-drama English-Vinglish that became a cult hit. Sridevi’s performance in the movie was sheer masterclass and received rave reviews from critics. The 2017 movie Mom was Sridevi’s 300th film. The thriller was successful commercially and also received critical acclaim.  Sridevi’s superlative performance was praised by critics. Sridevi passed away suddenly on 24 February 2018. Her death at age 54 came as a shock to the nation. While she is no more, her legacy as the greatest superstar of Indian Films will remain eternal. 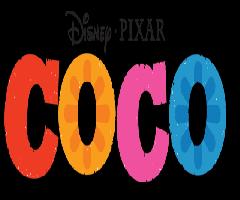 Coco won the Oscar for Best Animated Movie in 2018 and derservingly so. Coco is colorful, entertaining and funny at the same time.