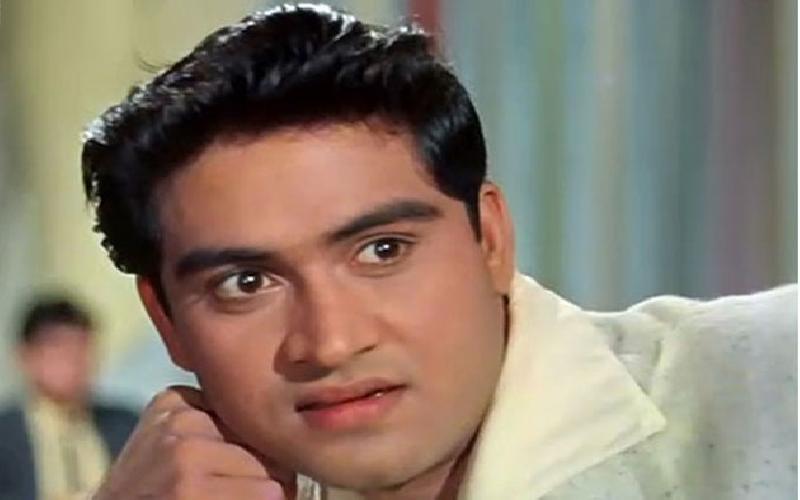 Actor Joy Mukherjee was blessed with the music of eminent music directors during the 1950s and 1960s. The 1950s and 1960s was the period when Bollywood films had maximum number of superstars including legendary heroes, actresses, music directors, directors, singers, etc. If there was huge competition among actors like Dilip Kumar, Raj Kapoor, Ashok Kumar, Rajender Kumar, Manoj Kumar, Shammi Kapoor, Pradip Kumar, Bharat Bhushan; there was huge competition among actresses like Vaijayantimala, Meena Kumari, Madhubala, Saira Banu, Sadhna, Mala Sinha, Sharmila Tagore, to name a few. The directors including Raj Kapoor, Guru Dutt, Bimal Roy, Mehboob Khan, BR Chopra, Yash Chopra, V Shantaram, Shakti Shamanta, Subodh Mukherjee, Pramod Chakravarty, all created landmark films. In that backdrop Joy Mukherjee had huge task in terms of competing with the best actors in the industry and creating a bench mark. The music of his films helped him a lot in terms of box office success.

Iqbal Qureshi composed the music of his first film Love in Simla in 1960.

It was the first film of Sadhna and the film was directed by her husband RK Nayyar. It was a hit film. All the songs of Rafisahab in the film including “love ka matlab hai pyar”, “kiya hai dilruba pyar bhi kabhi, humse ho gaya ji abhi abhi”, “dil tham chale”, “aye baby idhar ao” to name a few were all hits. Sadhna acted opposite Joy Mukherjee in that film.

In the 1970s, Joy Mukherjee acted with Dev Mukherjee in the film Ek Baar Muskurado. OP Nayyar composed the music. Neither the music could do magic, nor the film did good business. Tanuja acted in the film. From 1975 onwards Joy Mukherjee faded out of the industry.

His stardom was intact for around 12 to 13 years. He gave lips in some of the best songs of Rafisahab. He acted opposite leading actresses of the industry from Sadhna to Saira Banu, Vaijayantimala to Rajashree. The songs and the films of Joy Mukherjee required publicity, preservation and restoration.

TAGS : Joy Mukherjee Rafisahab Shankar Jaikishan Naushad Ali OP Nayyar
Let us know how you like this article. Like it and Rate it below.
574 3
0
Thanks for rating this article
0 stars - by 0 user(s)

The word money attributes itself in different ways lyrically. This space is an epic showcase of songs about money.

The 1990s was the golden period of melodious and romantic songs. I have compiled below the list of top 100 romantic bollywood songs of that era.