What Makes Bollywood Songs so Popular?

Visuals, Music and Poetry makes Bollywood Songs a Source of Sublimation for the Masses 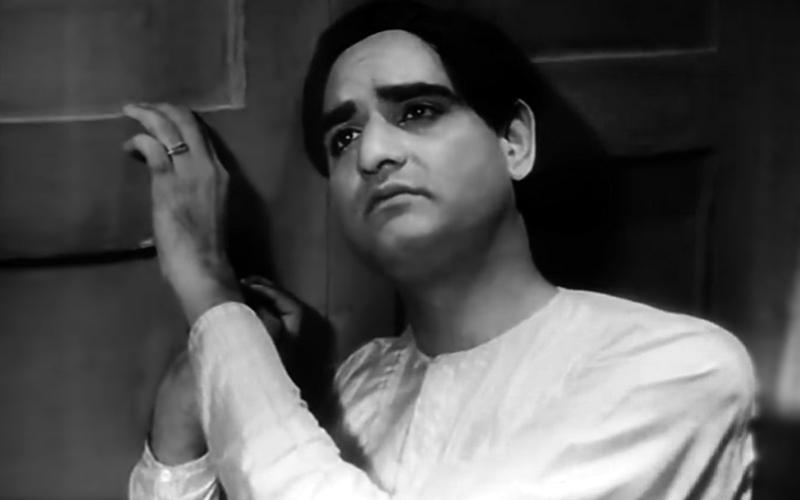 Bollywood songs are neither traditional classical music nor the best form of popular folk or Western music. They are not even a pure genre of music with any real tradition or accumulated perfection that characterizes most other forms of music genres. Yet, they constitute one of the most popular musical forms of our times, and have displayed a kind of popularity and longevity that is unprecedented in reach and intensity of its appeal. Here is an explanation for this apparent ironical paradox regarding the popularity of Bollywood music, and how it thrives of fusion of various art forms to create a unique sublimation impact.

If a list of popular genres of music in India was prepared, it would include the Indian folk music, the Indian classical music, Western songs, ghazals and the Indian movie songs. But if one was to identity the most popular genre, then almost everyone will point to the Bollywood songs from the Hindi movies, particularly the music from later forties to earlier part of this century. The popularity of Bollywood songs as an identifiable genre of music is unmatched in India and spread across the world. Even though the other genres of music boast rich traditions, a lot of variety and many great and legendary artistes, some of whom have also contributed to Bollywood music, yet none of them comes anywhere close to the popularity drawn by Bollywood music among the masses in India.

Bollywood Songs: Fusion of Different Genres of Music and Art

Bollywood music is not a pure genre of music. It has songs that adopt from different genres and fuses them to make a cocktail of its own. These include songs that are based in classical tunes, as well as those based on folk or Western music, ghazals and qawwalis.

However, the majority of Bollywood songs cannot be classified into any of these varieties, and together form a popular genre that has gradually come to acquire a character of their own.

In spite of an apparent lack of specific character or richness, Bollywood songs have surpassed all other varieties of music in India and come to acquire a popularity that can give a run for money to any other competing music genre in the World. While these songs are created for specific movies and are supposed to be part of it, they also have their own market and a life that is distinct from the movies for which they were made. Many songs from the movies made in 1940s, 1950s and 1960s are still very popular today, even among those, who were not even born when those movies were released. While the movies have long been forgotten, except some classics, these songs continue to reverberate in every entertainment space, and form the most popular form of entertainment in India.

What makes Bollywood Songs so Popular?

What makes Bollywood songs so popular is the rare fusion of four major forms of art that get combined to create musical gems. These four forms are music, poetry, screenplay and fiction. The popularity of Bollywood movies and the acknowledged role of songs in their Box Office success, ensures that the industry is able to attract the best practitioners of each of these arts. Such fusion of the best of different arts does not easily takes place anywhere else, giving Bollywood songs a significant edge over all other forms of music.

The Four Art Forms that Combine to Create Bollywood Songs

The first and the foremost part of Bollywood songs is music. Eventually, it is music that matters. No song can possibly become popular without great music. The musical composition is usually a fusion of instrumental and vocal, and often it is the synergistic effect of their fusion that makes it great. The most popular songs of Bollywood have borrowed extensively from the rich Indian classical music, which has a tradition that goes back several centuries, and Bollywood music largely owes its success to some of the great composers who moulded classical music into popular numbers.

Then there are the lyrics. It is the words that make the song meaningful. While it is true that music has its own language, and great music can undoubtedly be savored on its own, it is also equally true that great music, when combined with great poetry makes a combination that is irresistible for the connoisseurs of music as well as the lovers of poetry. Together, music and poetry create a piece of audio that is far more appealing than either music or poetry alone, and can enthrall the masses which are neither connoisseurs of music or poetry!

Most Bollywood songs owe their popularity to their audio. Indeed music and poetry are to be experienced only by the auditory route. Yet, one must not undermine the role of visual aspect of a song. These consist of the screenplay and the fictional characters on which the song is superimposed. The screenplay adds a lot of interest to the song, and can significantly contribute in terms of glamour. Rich choreography, innovative picturization and well knit videography can be a treat in itself.

The characters on the screen come a context that is formed by the movie and its plot. They provide the context to the whole audio-visual number, making it easier for the audience to immediately identify with it, and thereby experience the emotions expressed therein. After all, each of us has his own story. A relatable audio-visual context, ends up adding a dimension of music that our own life might have been missing.

Bollywood Music as Sublimation of Stress

Psychologists claim that Sublimation is the best form of psychological defense against mental stress that arises from the frustrations of our daily lives. Usually, they reserve this term for those who are able to transform this stress into create art forms, and ordinarily it may not be possible for everyone to achieve this. However, Bollywood songs, by providing a readily relatable context on screen with which one can easily identify, as well as a readymade creative outlet in the form of music and poetry, enable ordinary masses to sublime their emotional stress and experience its benefits. If you doubt my word, discuss with people about the kind of songs they like to listen to at different times of stress, and I am sure you will begin to agree with me. It is not for nothing that many listeners of Bollywood songs are almost devoted to their choice numbers, and have virtually internalized them as a part and parcel of their lives!

Commercial Stakes get the Best Together

Such fusion of these four major forms of art, with their synergistic impact, is a unique strength of Bollywood songs and is not seen in any other genre of music in the world. The high financial stakes and the commercial viability arising from the large audience of Bollywood movies is what brought the best of these four art forms together to create some of the most popular musical gems of our times.

This is the reason why Bollywood songs, even old ones, remain so popular among the masses!

How Bollywood Transcends The Boundaries Of Religion And

Movies today occupy the same space and importance that was once reserved for the written word. Bollywood movies, which are often criticized for their obsession with love stories and song dance sequences, stand out for holding on to the supreme ideals of humanity, reason and empathy, and for not getting blown out in the communal and political divisions threatening the Indian social space..