List of Rajesh Khanna's 10 Best Movies that were Super Hit 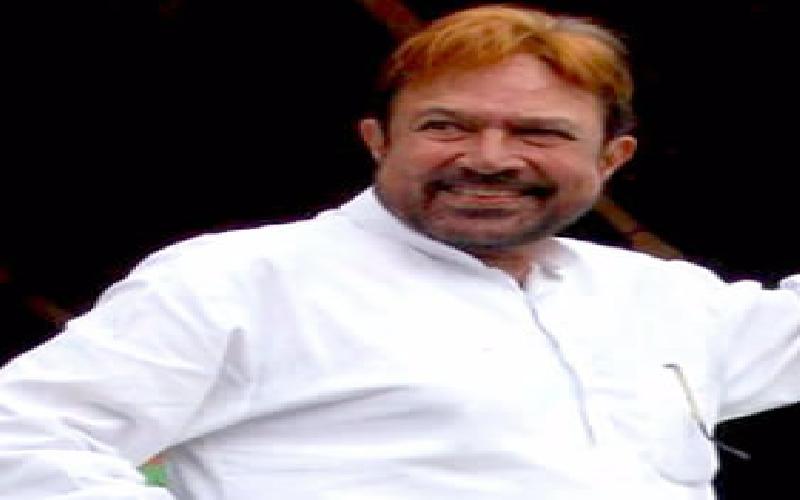 Rajesh Khanna was India's first Bollywood superstar. He was a very popular actor in India who gave many super hit movies. He worked in 106 hindi films as a hero of which 97 got released between 1967 to 2013. From there, I have highlighted 10 super hit films of his career.

Rajesh Khanna was an established Bollywood actor in 70's and 80's. During his career he appeared in more than 168 feature films and 12 short films. He starred in 15 consecutive solo superhit films from 1969 to 1971, which is still an unbroken record. He was the highest paid Indian actor from 1970 to 1987. He won the Filmfare Award for Best Actor three times and the BFJA Awards for Best Actor (Hindi) four times. He received the Filmfare Special Award in 1991, and the Filmfare Lifetime Achievement Award in 2005.

He first got the chance in Chetan Anand's film Aakhri Khat (1966) as a hero and his first blockbuster film was Aradhana (1969) which was a romantic drama film.

1) Haathi Mere Saathi (1971): It was the highest grossing Bollywood film in 1971 and it  was the biggest hit film of Rajesh Khanna's career. The director of the film was M.A. Thirumugam. Salim - Javed was the script writer of the film. Others cast of the film was Tanuja, Madan Puri, Abhi Bhattacharya, Sujit Kumar, K.N Singh etc.

2) Aradhana (1969): It was his first blockbuster hit film. Paired with Sharmila Tagore and directed by Shakti Samanta, this movie was voted best film of the year by the Filmfare Awards. It gave us songs like Roop Tera Mastana and Mere Sapno Ki Rani. The others cast of this movie was  Madan Puri, Asit Sen, Pahari Sanyal, Abhi Bhattacharya, Farida Jalal etc.

3) Do Raaste (1969): After the huge success of Aradhana, Do Raaste was released one month later of Aradhana. Director and producer of this film was Raj Khosla. This film  was also a huge hit. Rajesh Khanna - Mumtaz pair Rajesh Khanna and Mumtaz pair became very popular. It was their second movie after Bandhan. The other cast of the film was Balraj Sahni, Bindu, Prem Chopra etc.

4) Anand (1971): One of the most- loved movies of Kaka,  Rajesh Khanna and Amitabh Bachchan in lead roles and Rajesh Khanna played the title role. Directed by Hrishikesh Mukherjee, with dialogues written by Gulzar. The movie is about a cancer patient (Khanna) who believes in living his life to the fullest. The film won several awards, including the Filmfare Award for Best Film in 1972. In 2013, it was listed in the Anupama Chopra's book 100 Films To See before You Die. The other cast of the movie was Dara Singh, Sumita Sanyal, Ramesh Deo, Seema Deo, Lalita Pawar, Asit Sen, Johnny Walker etc.

5) Sachaa Jhutha (1970): Sachaa Jhutha was a 1970's Indian Hindi film directed by Manmohan Desai. The movie was a box office blockbuster. Rajesh Khanna was the main hero in this film. The others cast of this film was Mumtaz and Vinod Khanna etc. The film was the second highest grosser of the year and was declared a Super Hit. The performance of Rajesh Khanna was critically acclaimed and he even won the Filmfare Best Actor Award.

6) Andaz (1971): Andaz was an 1971's Indian Bollywood romantic drama film, directed by Ramesh Sippy, and written by Salim-Javed, Gulzar and Sachin Bhowmick. The success of the film was important for the career of Hema Malini as a heroine. The composer of the film was Shankar- Jaikishan. Andaz was one of the last movies of the great music directors duo  Shankar - Jaikishan, which they composed the music together. Jaikishan died  on 12 September, 1971 at the young age of 42. "Zindagi Ek Safar Hai Suhana" (Life is a beautiful journey) turned out to be the last song that Jaikishan recorded before his death. Besides, Andaz was also the last hit film of Shammi Kapoor as a hero. The other cast of the movie was Simi Garewal, Aruna Irani, Ajit etc.

7) Kati Patang (1971): Kati Patang was 1971's Hindi film which was produced and directed by  Shakti Samanta. The film was a big hit at the box office.  Asha was the heroine of this movie.

Kati Patang is a film which has all the elements of an entertaining film, even after so many years it does not feel outdated. Special mention to Shakti Samanta who does not resort to cliches or melodramatic scenes to tell his story.The others cast was Prem Chopra, Bindu, Nazir Hussain, Madan Puri etc.

8) Daag (1973): Daag was a 1973's Bollywood romantic drama film, which was produced and directed by Yash Chopra. This film was a debut film of Yash Chopra as a producer, which laid the foundation of Yash Raj Films.

Sharmila Tagore, Rajesh Khanna, Raakhee (who won her first Filmfare award), Madan Puri, Kader Khan, Prem Chopra and A.K. Hangal were acting in this film. The film was made at the height of the Rajesh Khanna's craze and became a Super Hit at the box office. The music by Laxmikant Pyarelal dominated the charts for the year.

9) Aap Ki Kasam (1974): Aap Ki Kasam was a 1974's Hindi romantic film, which was produced by J. Om Prakash, which also marks his directorial debut. The cast of the film was Rajesh Khanna, Mumtaz, Sanjeev Kumar, Rehman, Asrani and A. K. Hangal. The music of the film composed by R.D. Burman, who received the only Filmfare nomination for the film. The film was successful and was declared as Hit at the box office, and it was also acclaimed by the critics. The songs from the film, including "Jai Jai Shiv Shankar", "Zindagi Ke Safar Mein" and 'Karvate Badalate Rahen", became very popular.

10) Roti (1974): Roti is a Bollywood Action film, produced by Rajni Desai and Rajesh Khanna under the Aashirwad Pictures Pvt. Ltd banner and directed by Manmohan Desai. Rajesh Khanna and Mumtaz were in the lead roles. The  music of the film composed by Laxmikant Pyarelal. The film was recorded as a Super Hit at the box office. The other cast of the movie was OM Prakash, Nirupa Roy, Asrani, Jeetendra etc.

I am a profesional article writer. I have been doing this job for the last 5 years. I am looking forward to working this site.

This is a compilation of 25 greatest romantic songs sung by Kishore Kumar. It contains many moods and flavors of romance, of different era- 1960s, the 70s, and 80s..