Moshing is the act of slamming each other while in an aggressive dancing motion. Aside from the list of the greatest mosh anthems, this article offers an in-depth perspective on moshing history, and the mosh pit.

Moshing is typically done in what you call a pit or mosh pit where fans of extreme metal genres push each other and slam each other to the groove of music. Moshing happens at music concerts when bands from various heavy metal genres perform live. Moshing in its earlier days was also known as slamdancing. While moshing is done by fans as a release of expression and for pure thrill, the risk of injuries in a mosh pit is exceedingly high especially in the ‘Wall of Death’ a variant, where the crowds of fans gather in the center close to the stage and unleash mayhem by slamming each other.

Pogoing or Pogo dance is an popular variant of moshing where fans jump up and down in the same location, the movement resembles use of a pogo stick, and hence the name Pogo. Moshing is a high adrenalin activity that sends fans of hardcore metal, extreme metal, black metal, thrash metal, speed metal, moshcore, groove metal, metal core, doom metal, and other extreme sub genres of heavy metal in frenzy. Nose bleeds and injuries are a common sight at mosh pits.

At many concerts the world over security at the venue does not permit moshing.

However, a large number of enthusiasts ignore pleas and requests by security and form their mosh pits at concerts. Moshers may get difficult to handle for security and many a times clashes erupt between moshers and security. Moshing and mosh pits are misunderstood in commercial circles. Many are of the opinion moshing is done to cause bodily injury. The truth however is moshing a form of adrenalin release and it’s done for pure thrill.

While how moshing started and came into being in unclear, the roots of moshing and mosh pits can be traced in the early 80s. The band Bad Brains is regarded as the early pioneers that got this form of slam swaying going. H.R. (Paul D. Hudson) the vocalist of Bad Brains at a concert said “mash it up” asking the fans to go wild in frenzy. This was heard by a large number of fans as “Mosh it up” due to H.Rs pronunciation in Jamaican accent.  Fans at Bad Brains concerts in the early 80s paved the road for mosh and mosh pits in the future. Also, some theories suggest moshing first took place at Woodstock 69 where some groups started mud sliding and dancing the pogo dance when it rained. By the mid 80s moshing had emerged. Many fans of thrash metal bands and speed metal bands of the 80s took to the mosh pit at concerts. From then on moshing became hugely popular and has gone onto be a prominent part of heavy metal sub genres.

The songs in the list below are in every sense mosh pit anthems. Of course, for each his own! Feel free to have your say. If you feel a mosh favorite is missing on not mentioned on this list, go ahead and mention it. Mosh Rules! Keep Moshing!

TAGS : moshing mosh pit wall of death history of moshing mosh slamdancing pogo dance moshers moshpit songs moshpit anthems list
Let us know how you like this article. Like it and Rate it below.
14.47K 0
1
Thanks for rating this article
3 stars - by 1 user(s) 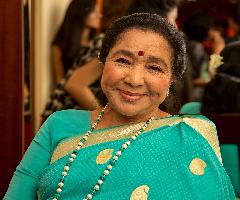 Asha Bhosle is a most famous singer in Indian music Industry who has given us many hit songs. From there, I have highlighted heart touching best 400 melodious songs of Asha Bhosle which are big hit..