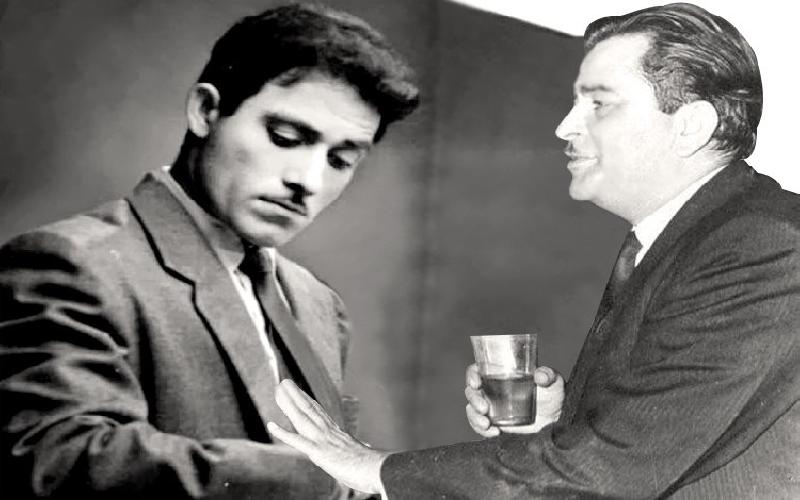 Image Source - The image has been taken from the source http://www.bollywooddadi.com/hindi-movies/bollywoods-dirty-fight-raj-kapoor-caught-raj-kumars-collar/

Rafi Sahab had great contribution in the careers of the leading stars of the 1940s, 1950, 1960s and 1970s. Raaj Kumar was one of the actors who had great combination with Rafi Sahab.

It was a female centric film where Nargis played the lead role. There was a good Rafi Sahab Lataji duet song composed by Naushad Ali in the film titled “matwala jiya bole piya” picturised on Raaj Kumar and Nargisji.

In Pakizaa in 1971, all the songs composed by Ghulam Mohammad were gems. As it was a female centric film with 2 roles played by Meena Kumari, there were most songs for Lataji and other classical singers. Rafi Sahab sang a duet with Lataji picturised on Raj Kumar and Meena Kumari titled “chalo dildar chalo chand ke paar chalo”. It had a lasting impact in the minds of the film lovers.

In the film Lal Patthar in 1971, Shankar Jaikishan composed songs in mujra andaz as it was a historical film. Rafi Sahab’s song “unke khayal aye to aate chale gaye” became the most remembered song of the film and it was associated with Raaj Kumar who played the tabla in the song. Hasrat Jaipuri wrote the shayari. Hema Malini and Raakhe acted opposite Raaj Kumar in the film. It was the hindi version of Bengali film Laal Pathor where superstar Uttam Kumar played the lead role.

Madanmohan Kohli got associated with Raaj Kumar in the film Heer Ranjha in 1971. Rafi Sahab’s songs “tere kooche me tera deewana” and “mere duniya me tum ayi” were good songs. But Mohammed Rafi’s songs “yeh duniya yeh mehfil mere kaam ki nahi” became an epic song over the years. The shayari of Kaifi Azmi was as outstanding as tune of Madanmohansahab and brilliant singing of Rafi Sahab.

TAGS : Raaj Kumar Mohammed Rafi Sahab Shankar Jaikishan Ravi Madanmohan Paakiza Mala Sinha Bollywood Old Movies Old Songs
Let us know how you like this article. Like it and Rate it below.
649 1
0
Thanks for rating this article
0 stars - by 0 user(s)

Certain rock songs bring about an energy that uplifts our spirit. This article provides a detailed perspective on the best feel good rock songs.

100 Greatest Bollywood Family Movies Of The 80s 90s And