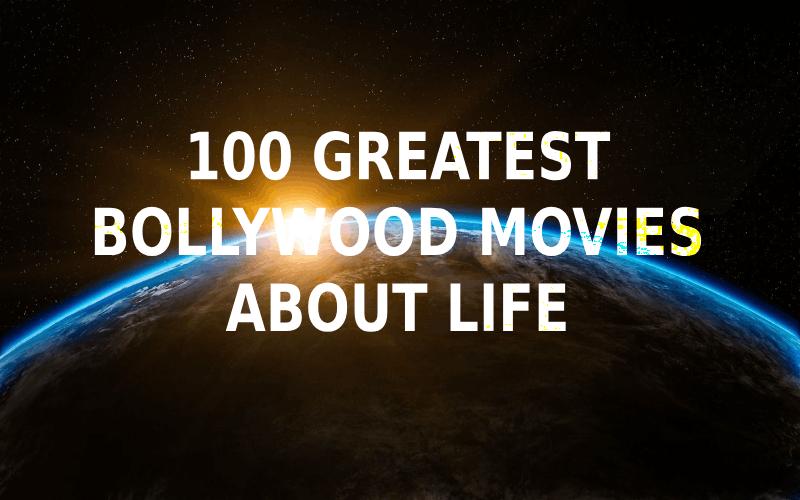 Movies that are inspiring and motivating hit the right chords with audiences. The message about life and the struggles that come with it have been showcased poetically in Hindi films. This article puts the spotlight on Bollywood movies about life.

While Bollywood has often been criticized for nonsensical elements portrayed in films, the industry has also showcased meaningful movies with a strong message. Movies that have emotion and address certain issues, topics or subjects that pertain to everyday life have a significant impact on movie audiences. What’s portrayed in movies can impact us positively or negatively. Over the years impact-oriented Bollywood movies have become exceedingly popular with the masses.

As awareness and understanding grows in different section of society, we find a paradigm shift take over and change perception. We need to evolve with life as it comes. In several Bollywood movies, varied elements have been branched to offer a thoughtful perspective on life.

The ability to overcome against all odds has been meaningfully showcased in certain Bollywood movies about life.

The undying human spirit helps us emerge victorious in every situation in life. Our ability to comprehend and tackle a situation depends a great deal on conviction. Without belief nothing can be achieved. In movies that depict different element of life, the ability to face struggles and overcome hardships has been showcased thoughtfully. Movies that ask questions and clear doubts often bring about a change in society. A thoughtful message presented in a movie has a great impact on minds, youth in particular. If we want to see a positive change in the world around us, we need to be the change.

Our ability to think, reason and react at times makes us ridged in our approach towards a better tomorrow. It’s an act of selflessness that provides a bright future for others. If we stop being selfish and start becoming selfless in a small way, we can change the world. Certain Bollywood movies express sentiments associated with life in a compelling and thought-provoking manner. Movies that have captured the essence of relationships and social ties are exceedingly popular. Cultural aspects and ideologies have been showcased creatively in many Bollywood movies about life.

The pursuit of well-being is portrayed in myriad ways by filmmakers in Bollywood. Movies that have a realistic view and pertain to issues in daily life connect well with movie buffs. Over the years Bollywood has produced some incredible movies that have spread a message with unconventional content. Movies that make you think often compel you to take initiative to about a change positively. A number of filmmakers are bringing about awareness about different issues through movies. A strong and powerful message in a movie impacts people, especially youth to bring about a positive change. Filmmakers need to have a deep sense of understanding, purpose and responsibility to come up with a meaningful film. A number of Bollywood movies about life have opened the mind’s eye for people from all walks of life. Opinion, expression and belief will only get bigger and bolder in the days ahead.

The lines below showcase a diverse list of Hindi films about life.

When we are betrayed by someone we trust an emotional turnaround begins. While keeping regrets aside is certainly not easy, the only way towards a better tomorrow is emerging brand new.